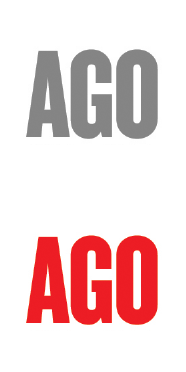 Create widespread awareness of the exhibition in advance of the media preview among tastemakers and influencers in Toronto, across Canada and internationally. While interest in David Bowie is was high, access to spokespeople was extremely limited — especially for opportunities prior to the exhibit’s opening.

Holmes researched and successfully negotiated with five outside experts on David Bowie who acted as unofficial spokespeople for the exhibition. This list included high-profile individuals such as fashion personality Jeanne Beker and British photographer Chris Duffy. Interviews with these spokespeople were strategically pitched to key media targets to maximize advance coverage of the exhibition. Holmes also developed unique angles that were not dependent on interviews, including negotiating with Huffington Post for a guest column by one of the exhibit’s curators and developing highly successful story pitches based on a small-but-noteworthy aspect of the exhibit, such as David Bowie’s personal list of 100 most influential books.

Highlights of the targeted campaign with outside spokespeople included a print, television and radio campaign with Jeanne Beker and an exclusive interview with Chris Duffy for the National Post prior to the opening. Over the course of the campaign HPR was able to secure over 70 interviews with official and unofficial spokespeople for the exhibit.  The Bowie Top 100 books list was pitched to select Toronto and Canadian literary websites like Toronto Review of Books and Open Book Toronto. Coverage ended up creating a viral effect in the news media. The story was picked up by The Independent in Britain, which led to dozens of stories around the world – including The Guardian, the New York Times and the New York Post. All of these stories mentioned the David Bowie is exhibit at the AGO, leading to widespread awareness of the exhibit outside Canada’s borders.