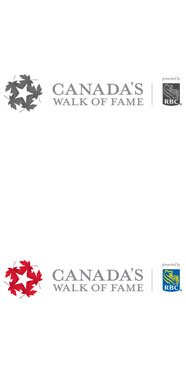 2013 was a milestone year for Canada’s Walk of Fame as the organization celebrated its 15th anniversary. Through an extensive national public relations campaign, HPR set out to accomplish the following:

HPR used an integrated process of strategically timed events and announcements building up to the star-studded September red carpet and inductee ceremony in Toronto. This entailed producing 20 news releases, managing all media accreditation, coordinating all red carpet logistics and orchestrating various public relations activities for each of the following campaigns:

To raise the profile of the RBC Emerging Artist Mentorship Prize, HPR organized an exclusive mentorship session with ET Canada at Metalworks Studio which featured the Grand Prize winner, rock group Triumph and an RBC spokesperson. This opportunity was later used as angle to encourage local outlets in the winner’s hometown to publish a follow-up story. In addition, HPR facilitated a hometown hero campaign for all finalists, expanding the CWOF brand across the country to cities such as Whitehorse and Edmonton. On the red carpet, HPR introduced a second step and repeat in order to capitalize on the high-profile presenters and inductees and maximize the overall coverage potential of these celebrity arrivals.

As recorded by FP Infomart and Google alerts, media coverage over the course of all the events exceeded 691 million impressions / circulation – an increase of approximately 13% over last year.