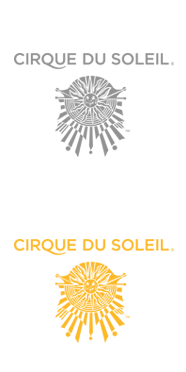 KURIOS – Cabinet of Curiosities is Cirque du Soleil’s latest big top show presented across North America. Holmes PR was tasked with the development and execution of a strategic public and media relations campaign to drive awareness of its Toronto shows, August 28 to October 26, 2014, and position KURIOS as a must-see event in the city’s crowded summer entertainment landscape. The greatest challenge was vying for media coverage to drive awareness of the show’s premiere date, August 28th, which not only proceeded the final long weekend of the summer, but also competed with popular annual attractions such as the CNE Air Show, Fan Expo Canada, and major announcements from TIFF.

HPR focused on banking advance coverage targeting top-tier entertainment and lifestyle media across all platforms (print, radio, television and online) to generate excitement and anticipation for the show. Our strategy was to offer exclusive behind-the-scenes access, including a private tour of the show in Montreal for the Toronto Star and Globe and Mail -- which resulted in extensive front-section coverage a week prior to opening day. In addition, HPR secured a 10-page KURIOS-themed photo spread in the October issue of FASHION Magazine (on stands by mid-September), which was completed in June onsite in Montreal. HPR also invited ET Canada to capture behind-the-scenes footage of the photo shoot to maximize the opportunity. HPR also arranged a full media day for the show’s Writer and Director, Michel Laprise, on June 26—more than two months prior to the premiere. Half of the interviews completed that day aired live to push for early ticket sales or within 24 hours while the other half were banked until closer to the launch.

Prior to the premiere, backstage media tours were booked in Toronto with CTV News, City TV News, Global News, CBC News, Radio-Canada (both TV and radio), Sun Media, Metro News, NOW Magazine and Xtra. Following the premiere, HPR also secured morning television live-eyes with CP24 Breakfast, Breakfast Television, CHCH Morning and The Weather Network spread over the course of the show’s run to sustain momentum, as well as onsite visits with entertainment format shows such as eTalk, The Social, Comedy Network, and YTV’s The Zone that would air into October to support a final push for ticket sales.

Total media coverage for the Toronto run of KURIOS resulted in 73,644,984 impressions. Based on our previous PR success with Cirque du Soleil’s Totem, and recently with KURIOS, which has become the most popular Toronto Cirque show to-date, HPR continued to represent Cirque du Soleil in the Ontario market with the recent engagement of Dralion in Sault Ste. Marie.